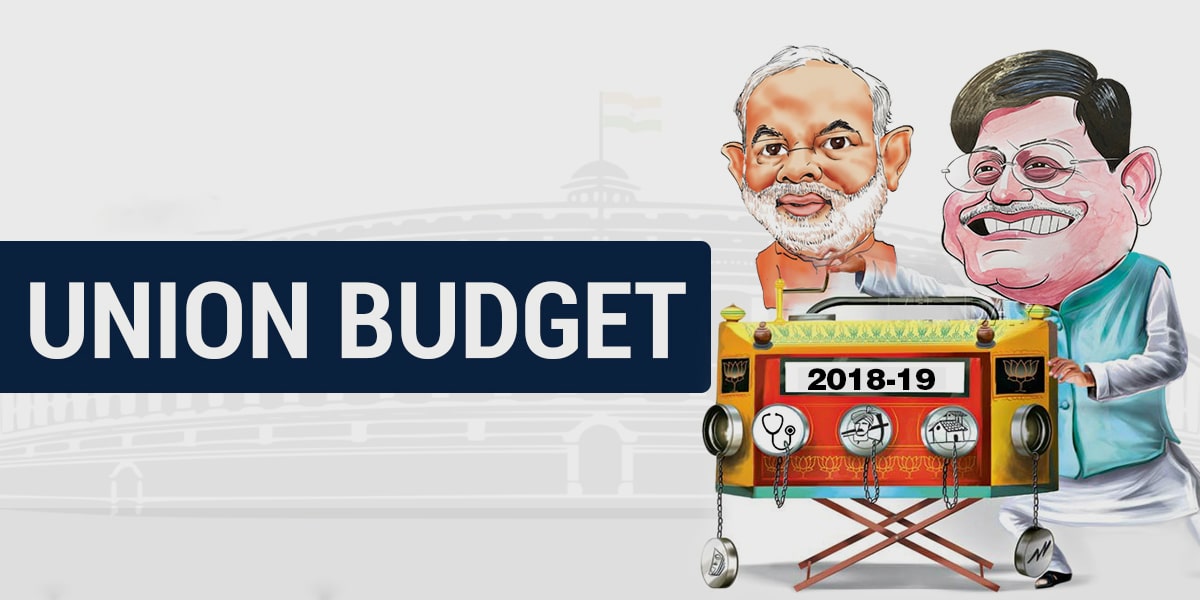 The Union Budget for the year 2018-2019 was presented recently by Finance Minister, Arun Jaitley. There has been a lot of speculation regarding the fall in India’s economic growth in the previous financial year (FY) to 6.75%.  Changing trends in real estate with reduced investment in this sector, fall in exports and rising crude oil prices have been blamed for the lack of growth of our economy in 2017-18.

Taking into account the immediate needs of the nation moving forward, the Budget for FY 2018-19 has assured the maximum benefits for agriculture, rural economy, healthcare, infrastructure and MSMEs (Micro, Small and Medium Enterprises). There has also been a great deal of emphasis placed in the current budget for a shift to technological advancement, especially in the field of Education. The government is also moving towards becoming more digitally adept, with e-audits being made mandatory.

The Budget for FY 18-19 has not proposed any changes in income tax rates or slabs. However, due to a hike in cess from 4% to 3% for all taxpayers, tax liability has increased nominally for all slabs. In a welcome move, tax incentives and exemptions have been chalked out for senior and super-senior citizens.

Overall, the Budget for FY 18-19 has been proposed as a step forward for India, taking into account our weaknesses and working together as a nation to make it our strength.

As mentioned previously, the statistics for the FY 17-18 shows a significant dip in economic growth in India. This can be blamed on the drastic changes that were made in the past year or two, such as, the introduction of the goods and services tax (GST) and demonetization. However, according to the recent figures, the Indian economy is recovering slowly and will grow by 6.7% this fiscal year and then from 7-7.2% in the FY 2018-19.

The domestic demand has been subdued to a great extent, echoing the distress in the rural sector. This should find some relief with the various plans drawn up by the government with this Budget. Agriculture is in much need of a helping hand as it has taken a big hit this year. This has been on account of overproduction in the Kharif season as well as erratic monsoons which have caused the destruction of a large number of crops.

With regard to domestic expenditure, while private investments have increased, consumer durables have reduced significantly. On the bright side, the industrial sector held steady due to an improvement in the mining and construction areas.

The Indian Rupee has shown steady growth in 2017, crossing 64 for every USD. This has been partially attributed to internal election success that has improved investment sentiment both nationally and globally.

A detailed analysis of the Union Budget reveals the sectors that have gained the most and those which have been neglected this financial year. 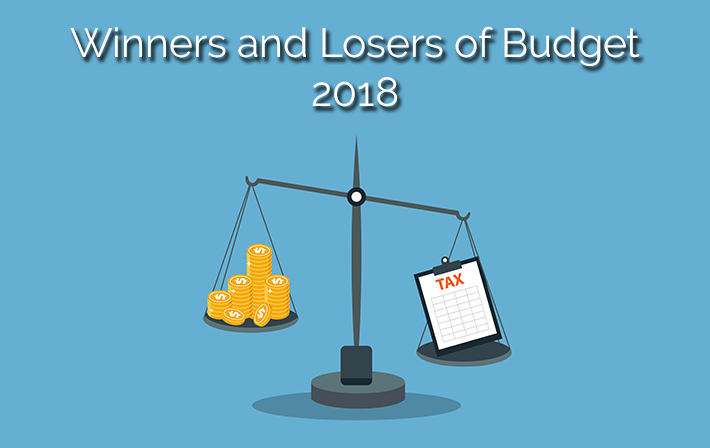 1. Agriculture: Heeding the protests of farmers all over India, the government has promised to raise the minimum price offered to farmers for their produce. Rural markets are all set to be upgraded into GRAMS linked to e-NAM (e-National Agricultural Market) which is an all-India e-trading platform.

2000 crores have been designated to improve agricultural marketing infrastructure. INR 260 billion has been allotted for irrigation as well.  Mahatma Gandhi National Rural Employment Guarantee Act (MGNREGA) funding has been increased by INR 700 billion from 2018 to 2019.

Promotion of agricultural commodities in clusters is also on the budget agenda. Moreover, state governments are to set up a mechanism by which distribution companies can buy solar power from farmers at economic rates.

Agriculture-centric companies like Shakti Pumps India Ltd, KSB Pumps Ltd., Kirloskar Brothers Ltd. and JK Agri Genetics Ltd could emerge winners due to these proposed changes. The boost in investment for agriculture will also indirectly help jewellers, as nearly 60% of the demand for gold in India comes from the rural sector.

2. Healthcare & Education : One of the biggest game changers in this year’s budget is the National Health Protection Scheme that promises to provide up to Rs 5 lakh coverage for every poor family for secondary and tertiary medical care. 1200 crore has been set aside for this scheme. It would help as much as 500 million families in India, and would largely benefit healthcare providers like Apollo Hospitals Ltd. and Fortis Healthcare Ltd.

The government also plans to raise the investment for infrastructure for healthcare and education in order to reach the goal of revitalizing systems in these sectors by 2022. Digitalization of education is being endorsed to improve quality of students and teachers as well.

3. MSMEs, Infrastructure & Employment: The government offers relief to MSMEs by cutting the tax rates to 25% for companies with an annual turnover of less than 250 crores. This is a huge boon as 99% of Indian companies fall into this category. MUDRA Yojana and NBFCs are set to be used to increase accessibility to finances as well. Moreover, steps are being taken to enhance the growth of Fintech companies in India.

In order to safeguard employment and increase employment rates, the Budget proposes to contribute 12% to the Employee Provident Fund (EPF) of new employees in all fields for 3 years. EPF is to be reduced to 8% for female employees and fixed-term employment facility is being encouraged across the board.

The Biggest Losers in the Union Budget for FY 18-19

There hasn’t been any change in personal income tax, which is a blow for taxpayers. Moreover, for 2018-19, the government is aiming at a higher fiscal deficit of 3.3% GDP which is detrimental to the credibility of the government. The higher fiscal deficit also negatively impacts bond investors, affecting the shares of major banks throughout India. There has been no tax cuts offered for larger corporate companies, which indirectly results in fewer job opportunities.

2. Global Technology Giants: In order to promote the manufacture of phones and gadgets in India through the Make in India initiative, the Union Budget has increased customs duty on mobile phones by 5%. This will hit hard for Smartphone conglomerates like Apple and Samsung. The duty on smartwatches and wearables has also increased to twice the previous rate.

3. Defence sector: There has been no significant move to invest more in the defence sector by the government although the Finance minister applauded the armed forces in Parliament. However, it was promised that infrastructure for connectivity will be enhanced to ensure border security.

4. Consumers: The National Health Protection Scheme will run from the taxpayer’s money as indicated by the increase in health and education cess to 4%. Although this does not seem that bad as it is for a good cause, in effect, it will make almost all consumer products dearer.

5. Cryptocurrency: It was announced that the Indian government intends to take all measures to illegalize cryptocurrency from the finance sector. However, blockchain technology will be utilized to organize official records. This is surely a big blow for cryptocurrency trade and exchange in the country.

The Union Budget for the FY 2018-19 has been quite a mixed bag. In view of the upcoming elections, the government has been particularly tactful in pushing investment towards the agricultural sector. However, this is definitely a welcome initiative and the government’s attempts to revive the rural economy must be lauded.

The National Health Protection Scheme, the biggest scheme of this kind in the world, would secure the lives of millions of Indians and could prove to be truly revolutionary for the Indian healthcare sector. Moreover, modernization of education and infrastructure would further push our country in the right direction for growth.

All in all, the Union Budget for the FY 18-19 is cautious and populist but with a sincere intent towards holistic development, and enough scope to remain positive about what lies ahead for our country.